With an efficient receiving area tailored specifically to your trawler, you can prevent fish form discoloration and blood spots by gentle handling.

We have designed a complete, digitalized receiving area for whitefish trawlers that ensures efficient and gentle handling, full oversight of the haul brought onboard, and prevents disfiguring ‘red fillet’.

The new receiving area for initial onboard processing comprises an electric stunner, a species recognition system, automated gill-cutting and bleeding tube. The four components are equipped with sensors that gather data in real time. As a result, the complete history of all the fish brought on board is recorded and stored for future reference. This includes everything from species and water temperature to what is being held in the freezer ‘hotel’ and storage. The data are available to the crew and to the shipowners on shore via Optimar’s digital platform, Commander.

We first presented this concept on NorFishing in August. You can watch the whole talk with Arne Gjeltnes here:

It is no secret that anything which stresses the fish, both during netting and after it has been brought onboard, has an impact on the quality of the fish and – consequently – its value. For cod and haddock, the object is to safeguard the fish’s welfare and ensure a high-quality production process on board in order to prevent the end product from becoming discolored (acquiring a reddish tinge).

Fundamentally, the new receiving system that Optimar has designed is based on the ancient tradition of bleeding the fish directly after it is brought on board and before it is headed and gutted. According to a report published by the food and fisheries research institute Nofima in 2018, fish that are gutted straight away have more residual blood in their fillets than fish that are drained of blood before gutting.

- Time is of the essence

If the fish remain in a stressed condition for any length of time in the trawl or the onboard receiving bin, or die before they are drained of blood, the fillet will become stained with red. According to Nofima (2019) most of the blood in the main veins is removed after only three minutes if the fish lies and bleeds in to water. Almost the same residual blood has been measured in the fish if it is left to bleed for 3 or 30 minutes.

– Increasing the receiving system’s capacity  will result in a fast and efficient deblooding of  the fish. We have introduced new technology  that will both speed up the emptying of the  receiving bins and safeguard the quality of the final product, explains Viggo Brevik, VP Global Sales & Marketing at Optimar.

How the new receiving area handles the fish efficiently and gently:

When fish are stressed, blood continues to pump out into their muscles as long as they are alive. This blood does not disappear even when the fish is drained of blood. It is therefore vital that fish are not left to ‘calm down’ in dry receiving bins, but are dealt with immediately. This is also important from a fish welfare point of view.

With Optimar’s patented electric stunner, the fish are anaesthetized so that they can be sent straight on for deblooding. Data concerning voltage and current can be sent from the stunner to the Commander platform, thereby assuring the crew that the fish have been correctly and effectively anaesthetized. By means of a separate reporting module in the Commander platform, the data can subsequently be used to document that the process has been carried out correctly and properly. Such documentation may be required by the Norwegian Food Safety Authority, for example.

As soon as the fish are brought onboard, they are anaesthetized using an electric stunner.

You may not want to deblood all the fish that are brought on board. Using the species recognition system, the gill-cutting robot can be programmed to identify and process only those species that you want to deblood.

Before the fish are sent for deblooding, they pass through a system that sorts the catch by species.

Once the fish have been stunned (anaesthetized) and sorted by means of the species recognition system, they pass along a conveyor belt to Optimar’s patented gill-cutting robot. Here a vertical cut is made through the gill cover, causing the fish to bleed out.

The gill-cutting robot can process up to 90 fish per minute. If each fish weighed an average of 2.5 kg, a single robot would therefore have the capacity to process 12.5 tonnes per hour. The gill-cutting robot’s sensors provide an overview of the volume processed, hit rate and uptime.

The gill-cutting robot makes a vertical cut through the gill cover, causing the fish to bleed out.

Step 4: BLEEDING OUT WITH OPTITUBE

When the fish have had their gills cut, they are fed into our Optitube to bleed out. Water is injected into the bleeding tube via a series of nozzles. This creates a circulating water current that gently pushes the fish forwards. The Commander platform can monitor the temperature in the tube to check that it is correct, thus ensuring minimal impairment of fish quality.

The Optitube can also act as a holding buffer during periods when crew members are otherwise occupied, when shooting or hauling in the trawl net, for example. A tube that is six metres long and one metre in diameter can hold just under four tonnes of fish until crew members are back on station.

The fish are fed into a water-filled tube to bleed out after their gill covers have been cut.

The design of the receiving area on whitefish trawlers owes much to the experience and expertise Optimar has gained from the aquaculture sector.

– Our gill-cutting robot already has a firm foothold here, explains Viggo Brevik. “The same is true of numerous functions incorporated into the Commander platform.”

The digital platform Commander, collects and analyses the data from all the sensors that are attached to the different components in the receiving area. The data are displayed as intuitive images on a PC or mobile device, and are stored such that information and documentation is collected in one place.

Commander’s various modules give plenty of scope to compile reports and analyses using just a few keystrokes. As a result, key personnel on board and on shore have access to all the information they need to make the right decisions.

Commander also logs operational data, warns of any stoppages or faults, and indicates when the machines require maintenance. It is also possible to connect to Optimar’s own control room, so that we can monitor the equipment on board, pick up on any alarms and quickly provide the necessary assistance.

The receiving area can be tailored to each individual vessel

All four of the components that make up the receiving area can be adjusted and built to a size that fits the individual vessel.

– There are a host of possibilities, particularly with regard to space and capacity. It’s also possible to install components one-by-one in a vessel’s existing receiving area. It does not have to be a newbuild, explains Viggo Brevik.

The same goes for the Commander platform. Several factories and receiving centers already generate sensor data that can be collected. If not, new sensors can be installed in existing factories.

Would you like to know how Optimar’s receiving centre could fit into your vessel? Talk to one of our expert technicians. (link to contact form)

We can’t say it often enough, and the reports made by Nofima are crystal clear:

Fish that die before bleeding, either in the trawl or receiving bins on board, leave a red tinge in the fillet. To avoid a greater volume of residual blood in the fillet after the fish are brought on board, they must be deblooded immediately.

With the four components that make up Optimar’s receiving area – electric stunning, species recognition, automated gill-cutting and bleeding tube – and our digital platform, Commander, you will have full control and can safeguard the quality of your catch. 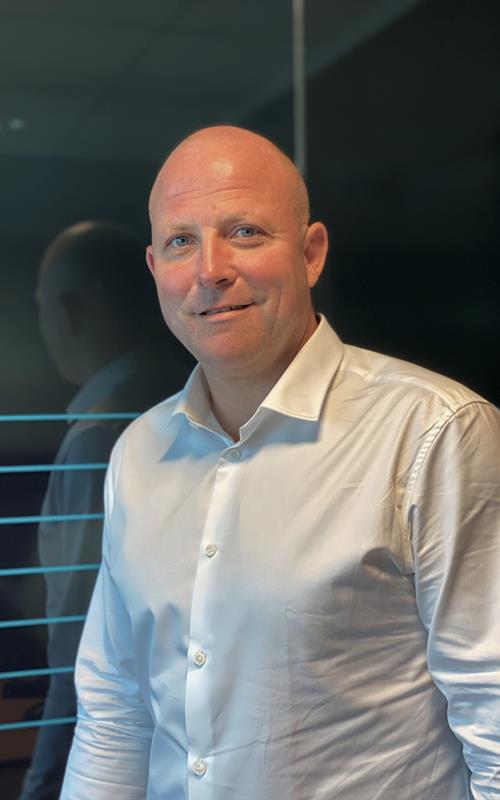 If you want to know more about our receiving area for white fish trawlers, contact Sales Manager Viggo Brevik on phone: +47 994 09 733 or mail: viggo.brevik@optimar.no